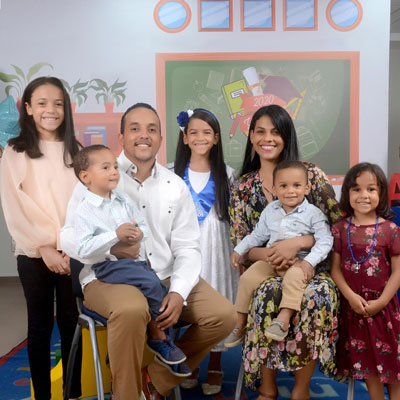 Angel and Yamel Cardoza were married in 2010 and moved to Los Angeles to attend seminary in 2012. They have five children: Noa, Abi, Ana, Manu, and Mateo.

Where are we now?

The major problems within the evangelical churches in the Dominican Republic

Iglesia Cristiana de la Comunidad, is situated in a strategic avenue with good public transportation access, surrounded by twelve small communities with great need of the gospel and also economic needs. In 2008, 250 households of the community were visited and interviewed by the church, and the monthly income of 62% of the families was found to be lower than $340. The main social problems identified in our community are water shortages, blackouts, poor drainage, crime, drugs, unemployment, and domestic violence.

This church was planted in 1984 by Cristobal Cardoza (Angel's dad). It started with just a couple of families. Currently, this church has 240 members with an average Sunday attendance of 340.

What work will Angel be doing?