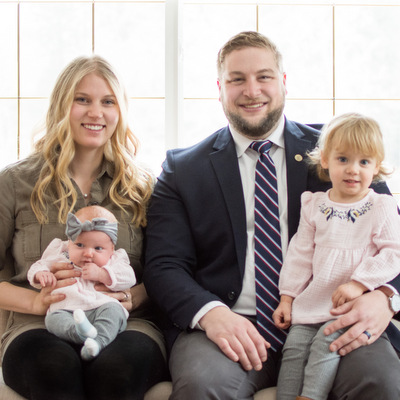 After the Lord saved me, it was not long before I began to have my eyes opened to the Biblical mandate in the Great Commission and the need for solid, Christ-proclaiming churches to be planted anywhere where Christ is not known. Through several summers spent with missionaries in Spain my desire to plant churches in the many cities of Spain where there is no evangelical presence continued to grow. At the same time, the Lord was at work in preparing Hannah to be my wife, giving her a love for the country of Spain and a desire to serve the Lord there.

Through the counsel of those missionaries and the elders shepherding us, I pursued further equipping for ministry in Spain through both seminary training at The Master's Seminary, and through involvement in the Spanish ministry at GCC under the leadership of the elders. During seminary the Lord has continued to lead us towards future ministry in Spain, and has also allowed us to add Pearl Mae to our family in March of 2019.

An Answer to a Need

When Michael and Beth Dennis came to The Master’s Seminary, they were open to serving as missionaries, but it was not a specific ministry goal. However, during his first semester, Michael listened as Pastor John spoke about the need...