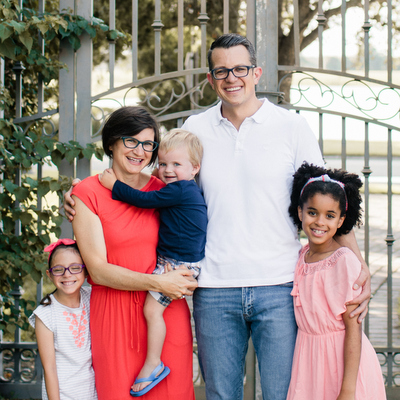 Matt was raised just outside of Washington D.C., and grew up a committed Roman Catholic. However, from the time he was fifteen until he was about twenty, he wanted nothing to do with religion. During these years, his life centered around drug and alcohol abuse. Having failed to clean up after several attempts at rehab, Matt found himself in a halfway house in South Florida. It was there that the Lord broke him, showed him his desperate need for Christ and introduced him to the gospel of saving grace. Despite having little idea about what a pastor did, Matt was convinced that's what he wanted to do almost immediately after his conversion. A search for a church with a high view of God led to a providential meeting with a friend who pointed him to Grace Immanuel Bible Church. As Matt was discipled and trained, he had the privilege to serve as an intern in student ministries. After graduating from seminary (Expositors, 2011), he became full-time pastor of student ministries.

Matt and Johanna were married during Matt's first year in seminary. It was also during this first year that the Lord began to burden their hearts for overseas missions. Years later, the Lord used a statistic about the vast number of Jehovah's Witnesses to pique their interest about ministry in Italy. They arrived in Italy in December 2013 and spent their first season on the field studying the language, learning the culture and researching locations for a possible church plant. They arrived in Genova in October 2015 and are in the early phases of evangelism and church planting.

You can help us by both praying for us and partnering with us financially. Here is how: