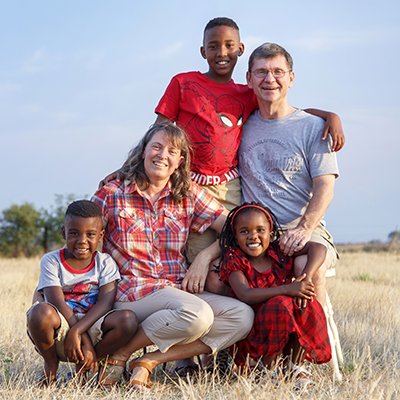 Tony graduated from The Master's Seminary in May 2002 and left to join the ministry in South Africa shortly thereafter. Tony and Santie were married in December, 2005. Tony planted Grace Fellowship Church in Sasolburg in August 2003, and served there as pastor of the congregation until 2016. In 2016, Tony and Santie moved to the country of Malawi where Tony began teaching at the Central African Preaching Academy.

Tony’s ministry is to train pastors at the Central African Preaching Academy. Santie's primary ministry is to care for her family as a wife and mother.