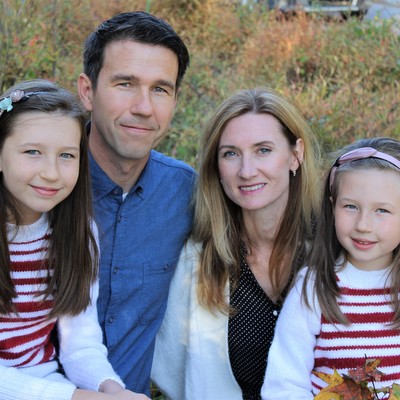 The area of Far East Russia is two-thirds the size of the United States. This vast territory is spotted with several larger cities and is sprinkled with hundreds of villages not accessible by road. Since the fall of Soviet Union, missionaries have come and a few faithful churches have been established in the cities of the Far East, but too many villages remain unreached with the gospel. Too many people remain hopeless and with no answers. There has been effort to reach some of the villages, but the lack of roads has made this effort almost impossible. Frozen rivers are used as roadways in attempts to reach these villages, but the unpredictable and harsh winter conditions have made this a very slow and extremely dangerous means of transportation. As a result, many of the villages still have not heard the Good News of our Lord Jesus.

Since 2011, Russian airspace rules have changed such that a small airplane can be used to reach previously unreached villages. Even before this was possible, God had been preparing workers for the harvest to take the Good News of Jesus to the remote villages. God has already called and prepared several local brothers in a couple of the regions for this new means of gospel ministry. God has even supplied several aircraft which are already being used for ministry. Much work has gone into launching this ministry to unreached villages, but much more needs to be done.

For this ministry to grow, we pray that God would raise up more national missionaries who would long to see the gospel preached in hard to reach places and be faithful to that cause. These missionaries must be prepared and equipped for gospel proclamation and discipleship. They must also be trained to fly a small aircraft which will give them access to the remote villages of Far East Russia. This is a long term ministry which requires dedication and preparation.

How do we fit in? God has providentially allowed my wife and me to be born into Russian speaking families, understanding both the language and culture. God has given me an interest in aviation, which led to a career in aircraft maintenance and as a pilot. In time, God drew me into ministry at a local church, which led to pastoral training at The Master’s Seminary. We are now ready to come alongside the churches of Far East Russia and assist with reaching remote villages by means of an aircraft—flying the gospel to the unreached.

If you are interested in supporting this missionary financially, you can make a one-time or recurring donation to this missionary at the following page: www.sga.org/donation/general/ Click the checkbox labeled "Designate your gift to specific programs." and select "Michael T Support" from the dropdown that appears.