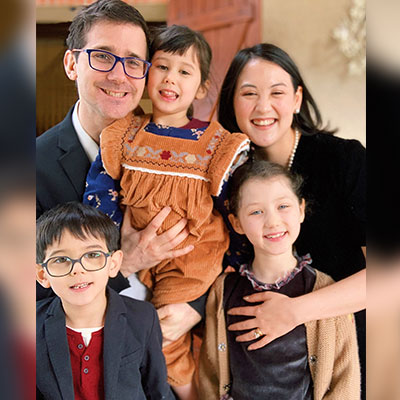 Philippe and Sophia joined l'Eglise Evangélique Protestante de Villeurbanne-Cusset in October 2014, and Philippe became the senior pastor in March 2015. Philippe graduated from The Master's College in 2008, married Sophia in July 2011, and graduated from The Master's Seminary with an M.Div. degree in 2012. Philippe and Sophia have three children, Elena (2012), Timothée (2013), and Clarice (2016).