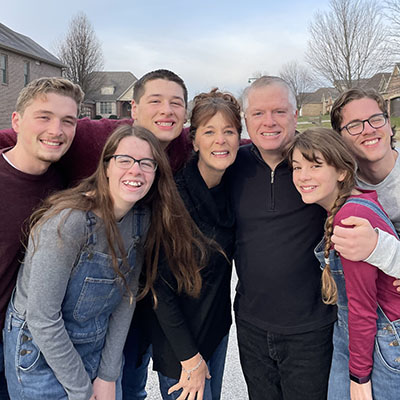 Sign up on eepurl.com/bY4mtX to receive McConnell Missionary Updates from England.

Tom & Kathy McConnell have served as missionaries of Grace Community Church to the United Kingdom since April 2003.

In February 2013, after ten years of senior pastoral ministry in the U.K., Tom & Kathy were invited by a small group of British believers to help plant a new church in Rugby, England called Grace Bible Church Rugby (GBCR).

Tom is the senior pastor and one of two elders of Grace Bible Church Rugby. He serves with another British elder in preaching, teaching, evangelizing and discipleship training. He is developing GBCR’s church-based training center (called “The Madeira Project”) which seeks to train GBCR's men and women in the Scriptures.

Kathy's primary ministries are to her husband and children at home. She enjoys discipling the women at GBCR and showing hospitality in her home. She teaches children's Sunday school, cares for younger children in the crèche and accompanies her husband as he leads worship in music at GBCR.

Give toward this ministry