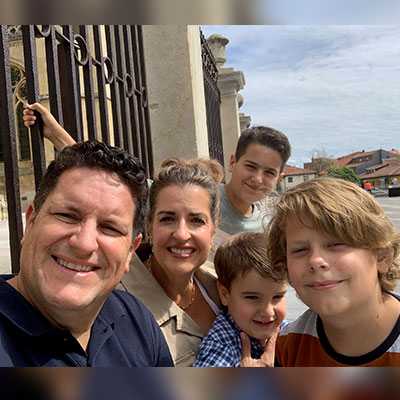 Gus and Melissa met while they were in college at Grace Community Church. When first married, they served in Crossroads, Grace Church’s college ministry. While in Seminary, the Lord began to work in their hearts on the necessity of training leaders and expositors overseas, which led them to consider missions in Spain.

After Gus graduated from The Master's Seminary with his M.Div. in May 2009, the Pidals moved to León, Spain in 2011. León is a beautiful city located in the northern part of Spain.

Our ministry goals in Spain are:

Gus is the dean of students and teaches at Berea Bible Seminary. He is also very active in the local church, serving as an elder and through preaching, leadership development, and discipleship.

Melissa is involved at home caring for their children, as well as being hospitable to their many guests and teaching and mentoring in the church's women's ministry.