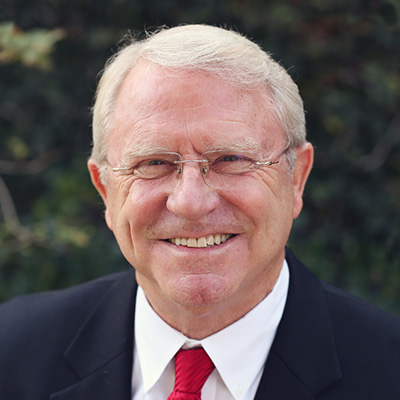 I have been involved in leading and teaching adult ministry groups since 1976. I have been a Bible teacher for the Gideons International, Christian Businessmen, and Grace Baptist Church. It has been a real privilege to co-pastor the Sojourners Fellowship Group since its founding in 1993, and in particular to serve with Dr. Will Varner since 1998. We focus on teaching Christ in the Old Testament. And what a joy it is to see Christians grow in their appreciation of the New Covenant by being exposed to the workings of the Old Covenant. I have been an Elder at Grace Church since 1999.

I am a California native, born in Santa Monica, raised in the San Fernando Valley and graduated from UCLA. I served in the California National Guard after graduating, and was sent to Vietnam as a member of the U.S. Army, infantry Americal Division during in 1967.

I have been married to my dear wife, Donna, since 1974, and we have two married children and six beautiful grandchildren. My daughter’s husband is a pastor in Santa Monica, and my son is a Sunday school teacher at Crossroads Community Church in Valencia.

I owned a plastic manufacturing company for 42 years, with plants in Valencia, California and Tijuana, Mexico. In 2013, we sold that company, and since then I have been working with my son in his surfing business, designing and manufacturing surf products.

Donna and I live in Valencia, California. We love to travel and we love the beach, Newport Beach and Kaanapali, Maui especially. Besides the Bible, I am interested in old cars, especially old European sports cars.

"I will not let go unless you bless me"

The Ups and Downs of Ministry

Warnings from the Wilderness

When Adversity is an Advantage

All Media by Bob King
Top