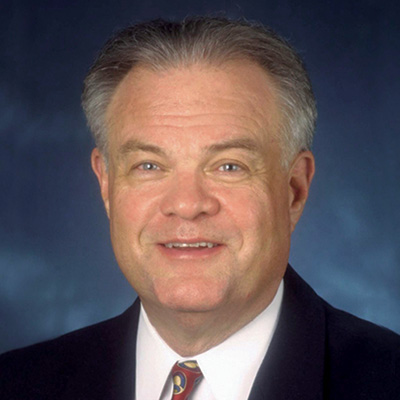 Prior to enrolling in seminary, Dr. Mayhue served with the United States Navy from 1966 to 1971, including a tour of duty in Vietnam. After seminary he ministered from 1975 to 1977 as an assistant pastor at Grace Brethren Church in Columbus, Ohio, where he also served as director of the Worthington Bible Institute. From 1977 to 1980, Dr. Mayhue taught in the areas of New Testament and Pastoral Ministries at Grace Theological Seminary in Winona Lake, Indiana, where he also enjoyed an active weekend Bible conference ministry. From 1980 to 1984, he was a member of the pastoral staff at Grace Community Church where he served as an associate to Dr. MacArthur in a teaching ministry and as director for the well-known Shepherds' Conferences. From 1984 to 1989, he pastored the historic Grace Brethren Church of Long Beach, California. Dr. Mayhue joined the faculty of The Master's Seminary in 1989 and was appointed as Dean of the Seminary in 1990. Dr. Mayhue also served in the role as Senior Vice President and Provost of The Master's University (2000-2008). Dr. Mayhue has authored, contributed to, and/or edited thirty books, including How To Interpret the Bible for Yourself, The Healing Promise, What Would Jesus Say About Your Church?, Seeking God, Practicing Proverbs, Unmasking Satan, 1 & 2 Thessalonians, Bible Boot Camp, and Christ's Prophetic Plans plus numerous periodical and journal articles. He is active in Bible conference ministries.

The Character of Influence

The Inseperable Link Between Inerrancy and Biblical Authority

The Schemes of Satan

All Media by Richard Mayhue
Top