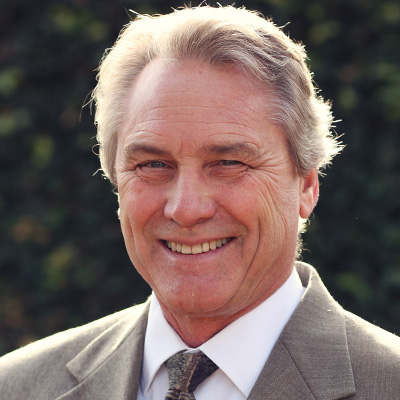 Don was saved in August 1991, after listening to a 14-tape series of sermons by John MacArthur. From 1970–1990, he raced land speed cars as a hobby, setting numerous records and exceeding 300 miles per hour on five occasions. Shortly after becoming a Christian, Don left racing to be involved in ministry at Grace Community Church. He served in Children’s Ministry for eight years while attending The Master’s Seminary, and he also led a Bible study in the Mainstream fellowship group. Don has pastored The Guild fellowship group since 2007, and he joined Grace Church’s elder board in April 2011. After graduating from The Master’s Seminary, Don found work developing training materials for Motor Racing Outreach, a ministry to the NASCAR racing circuit. He joined staff at Grace to You in 2001, where he provides pastoral care for Grace to You supporters. Don and his wife, Logan, have been married since 1996 and live in Granada Hills, California.

Be Anxious for Nothing: How to Win the War on Worry.

Audio
Amid the uncertainties of life, the Bible teaches us how to trust in the Lord and find peace for our souls.

The Word is Essential

Understanding and Helping the Suicidal

The Battle is Raging

There is a Battle Raging: Are You Prepared?

All Media by Don Carr
Top