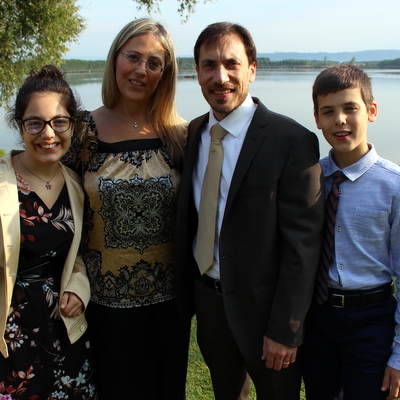 Turin is the capital city of Piedmont (one of Italy's twenty regions) which has about 913,000 people. This city is quite popular because of the so-called "holy Shroud," a linen cloth kept in the Cathedral of Turin, in which, according to Roman Catholic tradition, the body of Jesus was wrapped after he died.

Turin is not only a Roman Catholic city, but in it there are also a great number of Muslims as well as Jehovah's Witnesses.

In this city there are about fifty-four “evangelical” churches, which means that with an average of eighty people per church. There are only 4,320 church members (possibly believers) of the total population (about 913,000). Therefore, only 0.5% of the total population is attending church, but most likely less than 0.5% are born again Christians. There are, in fact, some churches that are not even preaching a biblical gospel.

In our church planting we prayerfully focus on the following ministries, whose ultimate goal is to glorify our Lord Jesus Christ:

We also partner with the "Italian Theological Academy," which is located on the island of Sicily, whose focus is to equip Italian pastors, elders, and lay leaders for ministry.

For more information about our ministry, please visit our church website chiesasolocristo.org/english.